The Double Nickel: 5 Lessons Learned 5 Years after the 2008 Meltdown 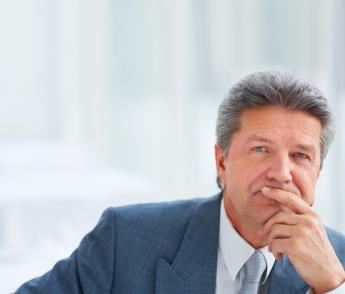 It’s been five years since Wall Street crashed and the financial crisis broke across the country. Many people lost their homes, their savings or their jobs. Financial plans were shredded. College funds and retirement accounts were drained.

The economy has been slowly recovering over the past few years. The stock market is at new highs and mom-and-pop investors are pouring in money. Services like Etoro have opened the market to many more investors who would never have considered entering beforehand.

But how much have we really learned? Are we any wiser or better prepared, than we were?

Here are 5 lessons that we should have learned and Action Plans to avoid a personal financial meltdown during the next crisis:

According to the conventional wisdom on Wall Street in 2006, house prices would just keep going up. The reason: They always had. “We looked at the data since 1945,” said Treasury Secretary Hank Paulson later, “and we concluded house prices don’t go down.”

Conventional wisdom also said then that stocks would produce average returns of about 9% a year and bonds about 5%. The reason: Those were the historical averages in Wall Street’s spreadsheets according to the Wall Street Journal.

The problem didn’t lie with the data, but the reasoning. You cannot reliably extrapolate a guide to the future from a limited set of past experiences. Yet today too many households are still basing their financial planning and retirement hopes on the same flawed forecasts.

Action Plan: Be prepared by keeping 6 months’ worth of living expenses in cash in case your investments do worse than expected.

2. The Experts can’t accurately predict the future and have different agendas:

Most of Wall Street, the Government and most economists were surprised by the crash in 2008. The Federal Reserve thought the subprime-mortgage blowup would be “contained.” Few economists predicted the recession before it was nearly over. Even amid the biggest housing bubble in U.S. history, there was no consensus among economists that housing was even overvalued. In 2005, at the peak of the bubble, most Wall Street analysts were bullish on housing stocks.

The No. 1 job of the experts is to protect their own careers. That means they have every incentive to stick to the herd. Today, as the Fed plans eventually to “taper” down its bond-buying program, China slows alarmingly, and government debt burdens almost everywhere surge, Wall Street experts insist it will all be OK.

Action Plan: Listen to experts but take control of your own portfolio

The three decades leading up to 2008 saw the entire U.S. go on a debt binge. That included households, companies and the government. Households and financial companies doubled their debts in the previous eight years. By the summer of 2008 U.S. households owed 10 times as much as they had in 1980.

Do we know any better? Today household and financial companies’ debts remain higher than they were in 2006, while federal and corporate debts have spiraled. Many consumers are borrowing freely again and are exposed if they lose their jobs, or the economy turns down again.

4. Sleep better at night by reducing risk, earning income and diversifying your Portfolio:

When the stock market collapses, people sell. Seeing your net worth halved is very different in practice than in theory. From September 2008 through March 2009, as the Dow Jones Industrial Average plummeted from 11700 to 6500, mutual-fund investors withdrew more than $200 billion from stocks—at precisely the wrong time.

I remember waking up in the middle of the night in 2008 after my Wall St. portfolio had depreciated 35%. I vowed to take action to reduce that feeling of potentially losing 35% of my life savings. Now I have a Wall St. and Trust Deed Portfolio and sleep better at night.

Today, as the stock market hits new highs, investors are feeling complacent and wealthier. Could they cope with another selloff? They need to be prepared.

Trust Deed Investments are simple smart passive income investments. The Collateral for the loan is a piece of California Real Estate. Generally, a conservative loan to value of 65% or less will provide the investor with sufficient equity protection to weather depreciation, property or borrower calamities. Providing debt vs. equity enhances capital preservation, simplicity and current income.

Action Plan: Invest in assets, or strategies, that you understand.

Mortgage Vintage, Inc. helps investors truly diversify their portfolios. Our Trust Deed Investments allow our customers to achieve their own goals and success while maintaining a balanced portfolio. What have you learned from the 2008 Financial Crisis?

GET IN TOUCH WITH OUR TEAM